We're getting a lot of snow.

On Saturday, we were in the 'potentially paralyzing' section of the map on the Accuweather site.

I know this isn't a LOT of snow by some people's standards, but for SE PA - it is epic. 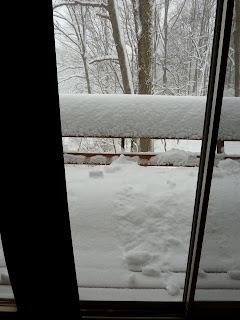 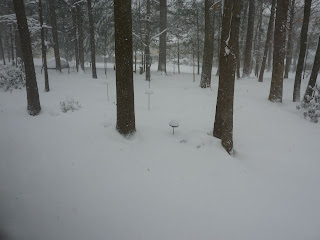 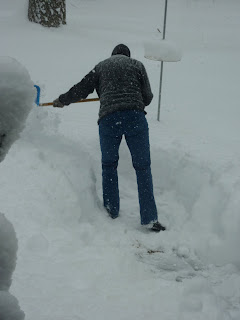 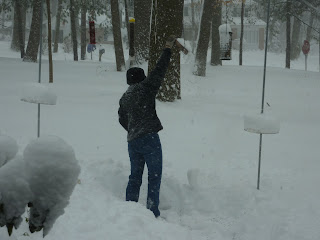 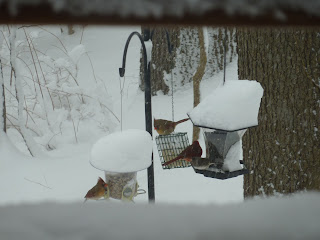 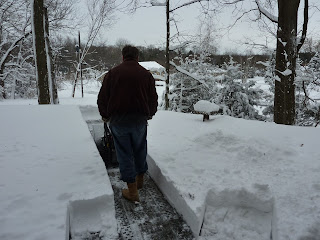 So thankful for the snowblower, we've got a giant driveway. This is only half of it. 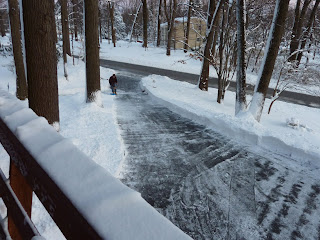 The graphics on the AccuWeather site are cracking me up. I tried to find the 'potentially paralyzing' shot, because it was so funny, but it was gone from their site - the font was vintage horror movie.

Today's graphic isn't quite as alarming: 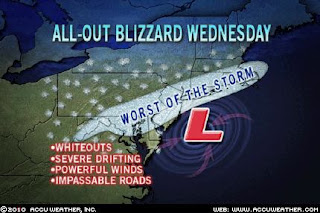 We are in the 'worst of the storm' band today.

On the next one, we are right in the middle of the dark-ish blue area that's getting another 12-18 inches of snow through tonight. We've gotten almost a foot so far today. 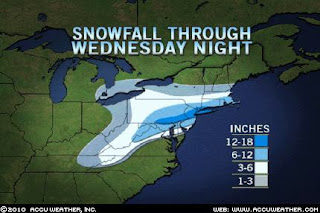 I took these this morning around 9:30 AM: 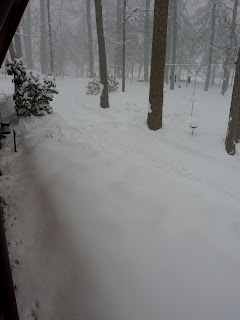 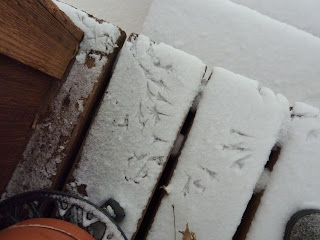 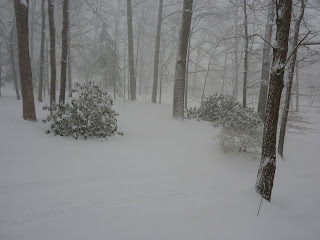 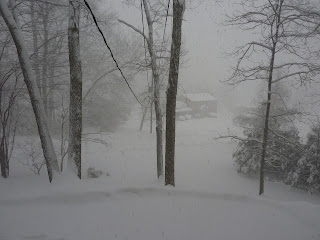 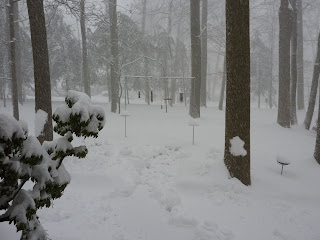 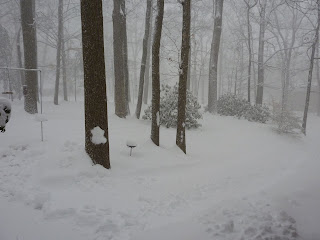 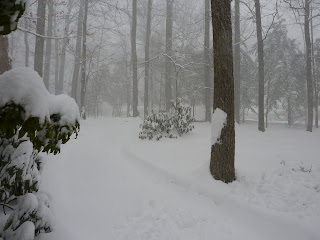 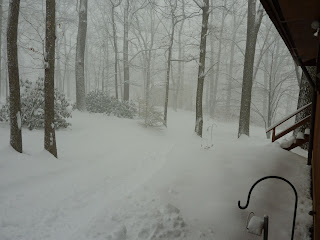 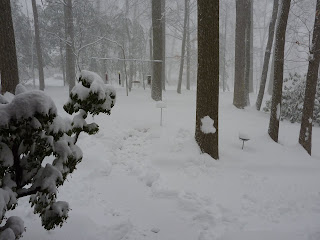 They've declared a state of emergency here now and have started closing the major roads. Apparently we are also getting 'thundersnow' accompanied by lightning. WTF? It's not supposed to thunder and lightning when it snows. I think Lewis Black did a bit about it being a sign of the Apocalypse.

GeekBoy is outside snowblowing the driveway now. I've been feeding the birds and knockng the snow off of the trees - this stuff is HEAVY.

More to come once I upload more photos.